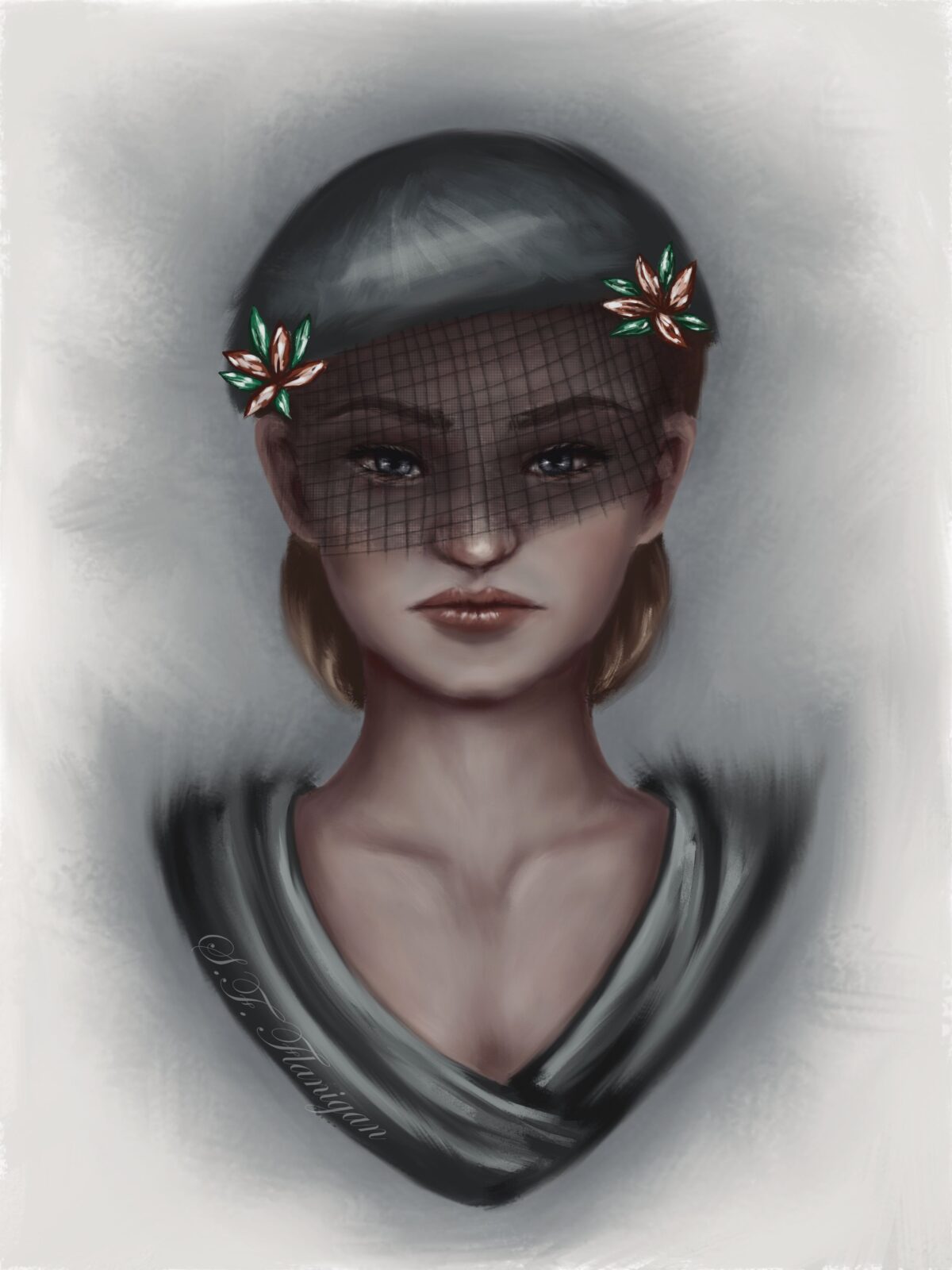 I’m going to start out by saying that EJ is my friend, so obviously there’s a bias here. In fact, the first few reviews I’m doing will generally be for people/books I know in some way.

That being said, I like to think the reviews are honest, even if there’s a bias toward the positive. But that’s also just who I am 😊

Behind the Veil: historical gothic horror (with romantic leanings). Behind the Veil (BtV) was published by Literary Wanderlust, and is E.J. Dawson’s most enthralling work to date. It has tight prose, swoony romance, and a dark gothic mystery riddled with equally morbid content warnings.

Letitia Hawking can see beyond the veil.
More specifically, she can see the imprint that souls make as they pass through the veil, and uses this insight to give closure to those grieving, following the Great War. Scarred by her own past with the dead and the veil, this is a safe, and moderately profitable venture pursued out of goodwill, and her desire to make amends for her own terrifying past.
All of that falls apart when several young girls go missing, and their distraught parents demand Letitia’s help in forms she can’t give. Cue Mr. Alasdair Driscoll, a dashing lawyer whose niece is caught up in the disappearances too. As the two investigate and grow closer, Letitia has to face the decision she’s been avoiding the entire time: use her abilities more actively, for real-time, real-world benefit, or refuse to help and stay safe from her traumatic past.

I ADORED this. My favourite books are typically fantasy or sci-fi, but I was thrilled with Behind the Veil for everything it is. As a work of historical fiction it was insightful, the setting felt real and immersive, but it was Mr Driscoll and Ms Hawking’s growing affections that kept me glued to the pages. Letitia is a beautiful character, a perfect blend of warm and caring motherly love, and no-nonsense schoolteacher sternness. I cared for her and her struggles, cheered on the gallant Mr Driscoll’s pursuit of her, cried through her darkest moments, and cried when she healed on the pages before me. The writing itself was good, at times being truly beautiful and perfectly painted the atmosphere and the darkness both within and without.

However, readers should be warned of trigger warnings (potential spoilers). Dawson did approach each appropriately, so I personally only felt repulsed or upset at a few specific times, which seemed entirely intentional and the emotional impact was appropriate, and all things were ultimately resolved wholesomely enough. However, if readers have strong aversions to any of these major warnings, then Dawson’s writing is unfortunately immersive enough that it would be best to not read.

With that being said, I highly recommend Behind the Veil. It was one of the best gothic horror books I have had the pleasure of reading, as well as one of the best historical fictions. If you like slow-burn romance, heroes and heroines with troubled pasts, ghosts, spirits, occultism, and all things gothic and dark, then this is a must-read.

Read more about it at EJ’s website, as well as links to find it. ejdawson.com/behind-the-veil-2/